Autoimmune encephalitis (AE) patients are frequently misdiagnosed. They tend to present with a constellation of neuropsychiatric symptoms that can lead providers to make a primary psychiatric diagnosis, or to believe that there is a drug or alcohol-related cause.

The accurate diagnosis of AE may be hampered by challenges that include:

Patients with suspected AE should receive comprehensive testing that includes: Clinicians typically use the criteria found in A clinical approach to diagnosis of autoimmune encephalitis, Graus et al. 2016 when considering making the diagnosis. For patients with normal testing results that fall into a gray zone, some clinicians might choose to use other markers as a surrogate to justify the diagnosis. For example, they might use a patient's response to immunotherapy (e.g. with steroids) as evidence in favour of the diagnosis. 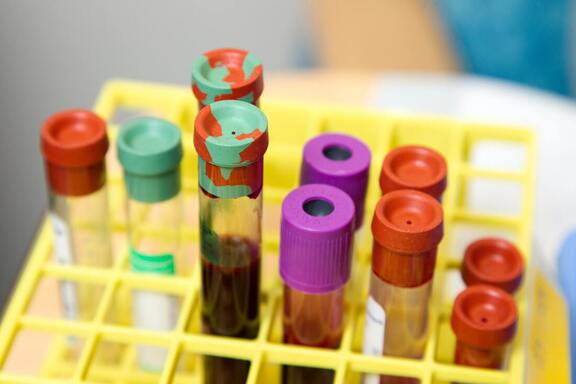 LIMBIC ENCEPHALITIS
Three criteria must be met to accurately diagnose
ANTI-NMDA RECEPTOR ENCEPHALITIS
Anti-NMDA receptor encephalitis is often found in association with a tumor, which must be removed as part of treatment. Tests used to identify the presence of a tumor include CT and MRI scans of the chest, abdomen, and pelvis; as well as whole body FDG-PET scans. Women should also receive an ultrasound of the ovaries, and men should receive an ultrasound of the testes.

Even after removal, tumors can regrow. Therefore, people with anti-NMDA receptor encephalitis should be checked periodically for the presence (or recurrence) of tumors.

In many people with anti-NMDA receptor encephalitis a tumor is never found. This may be because the tumor is too small to detect with imaging techniques, or because it has been destroyed by the immune system, or there is no tumor.
SERONEGATIVE AUTOIMMUNE ENCEPHALITIS
In seronegative encephalitis, the antibodies are not detectable in CSF or serum. There is much research to do to continue to identify antibodies that cause AE and to develop commercially available tests to detect them. This isn't just frustrating for the patient and their family, but the treating physicians as well. Without an identifiable antibody, there is often less certainty over the accuracy of the diagnosis and patients suffer delayed treatment as a result.
HASHIMOTO'S ENCEPHALITIS
Patients with Hashimoto's encephalitis often have elevated thyroid antibodies such as thyroid peroxidase (TPO) or thyroglobulin (TgAb). These markers assist in diagnosing HE although research hasn't proven the correlation between TPO or TgAb causing neurological damage. HE patients are often highly responsive to steroids; some clinicians use this as evidence in favour of the diagnosis.
ANTI-GABAB RECEPTOR ENCEPHALITIS
Approximately half of anti-GABABR patients are diagnosed with small cell lung cancer (SCLC). In rare cases, thymoma, malignant melanoma, breast carcinoma, rectal carcinoma, multiple myeloma, esophageal carcinoma, sarcomatoid carcinoma (SC), and gastric adenocarcinoma have also been found. Additional autoantibodies can sometimes be found, with studies that have reported the co-occurence of antibodies targeting voltage-gated calcium channel (VGCC), glutamic acid decarboxylase 65 (GAD65), and sex determining region Y-box 1 (SOX1).
Donate